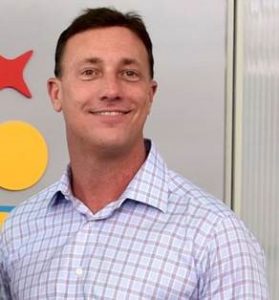 Jenkins brings to Habitat Broward a long history of nonprofit leadership and relationship building focused on matching the passion and intent of donors with the charitable expression of their values.

“We are entering an exciting new era of growth and I am delighted to welcome Glenn to a team dedicated to helping families achieve the ‘American Dream’ of homeownership,” said Nancy Robin, Habitat Broward CEO & Executive Director. “Glenn has a proven track record of forging long-term partnerships with donors that change lives thanks to his integrity and entrepreneurial spirit.”

Prior to Habitat Broward, Jenkins sat on the Board of Directors of Embrace Kids Foundation from 1997 to 2001. In August 2001 he transitioned from a volunteer role to that of the Acting Executive Director. He was appointed the Executive Director of the charity in August 2003 and held that position through December 2021. Throughout his tenure, Embrace Kids Foundation’s program funding increased five-fold and annual income increased by 10 percent (on average) every year from 2001 to 2017. He was the driving force behind the Embrace Kids Endowed Chair at Rutgers Cancer Institute, which became a permanent endowment in 2018.

Additionally, Jenkins held an important leadership and fundraising role in the formation of the Pediatric Palliative Care (PACCT) Program at Robert Wood Johnson University Hospital, which provide quality end-of-life care to children in their family homes.